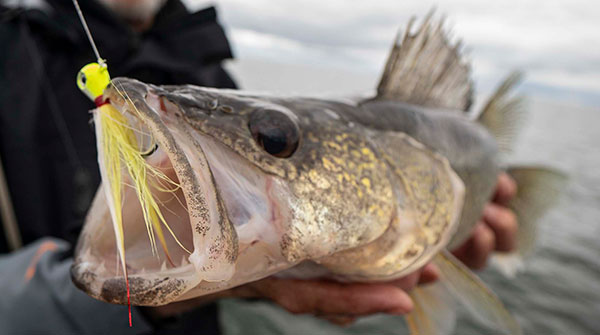 Sylvan and Winona lakes continue to reign as two of northern Indiana’s best walleye lakes while Dewart is showing promise as a lake to watch.

Indiana fisheries biologists spent some time last fall surveying walleye lakes that had been stocked to evaluate survival success of those young fish.

Here’s a snapshot at what they found:

The 485-acre lake continues to produce good walleye fishing thanks to a consistent stocking program of 8.4 fish per acre.

Last fall’s four-hour survey with an electro-fishing boat around the shoreline turned up far more fish than most Indiana lakes. The biologists shocked up 24 legal-size fish measuring up to 24.5 inches.

“We typically get a high catch rate on Sylvan,” said Indiana Biologist Tyler Delauder. “It’s known for its number of walleyes rather than overall size, but we did see quite a few keepers.”

Winona was only sampled for two hours but it revealed a low number of fish but eight that surpassed the 16-inch mark. The biggest was 19 inches.

“Winona is a quality lake even though our catch totals (in one night) were low,” said Delauder. “Anglers report a healthy adult population and the lake is best known for its size of fish more than overall numbers.”

Shriner is part of the Tri-Lakes Region near Columbia City, Ind. The 120-acre lake was first stocked in 2016 and the results have been suspect. However, biologists turned up a fair number of walleyes and nine keepers last fall with the largest measuring 20.6 inches.

“The number of age 1 fish we saw was lower than we like to see,” said Delauder. “The verdict is still out on this fishery and it’s one we are going to keep an eye on.”

Dewart (357 acres) isn’t stocked by the DNR but by private individuals who applied for a permit. Based upon the numbers of fish stocked, biologists were pleased with the results. Six keepers were netted and the largest was 17.8 inches.

“The stocking was successful and as long as the group can maintain funding they plan to continue the stocking,” said Delauder. “With such high survival, the lake could turn out to be a quality walleye lake assuming the group can continue to raise the funds to buy the fish.”