GK Calls Know How to Talk to Ducks and Geese 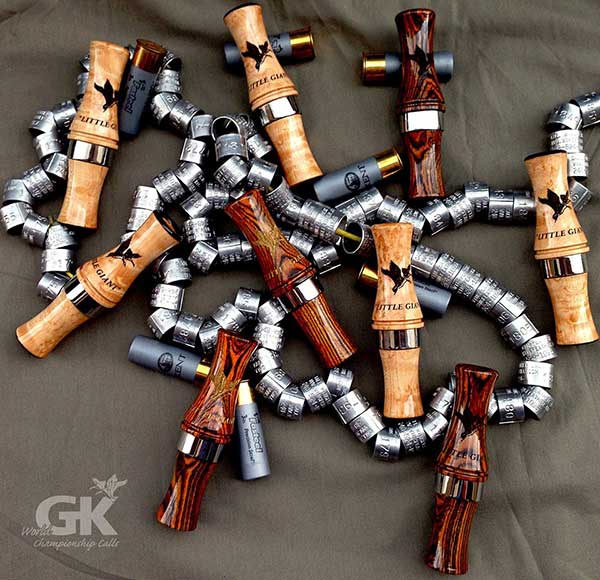 GK World Championship Calls is a Michigan-based company that manufactures premium duck and goose calls for waterfowlers. GK Calls  which stands for Giant Killer  are the choices of serious hunters. Theyve produced more than 200 first places in calling contests, won every major title on the goose calling circuit, and produced the Champion of Champions title in 2010.

While some call manufacturers emphasize trendy cosmetics, GK spends a significant amount of time perfecting each call that leaves the factory.

We build our calls from inside out, tweaking bore diameters, barrel and insert lengths and reed settings to produce a sound closet to the tonal quality of a real goose, says President Glenn Alfieri.

Because of those efforts, every GK Call is backed by a lifetime, no-hassle warranty and personal customer service that remains the cornerstone of the company.

The Ferndale, Mich. company sponsors numerous North American hunting organizations, including those that strive to educate youth while stressing conservation, safety and respect for the sport.

For a complete list of calls and pricing, visit www.gkcalls.com. The website also offers sound files of each call the company produces.