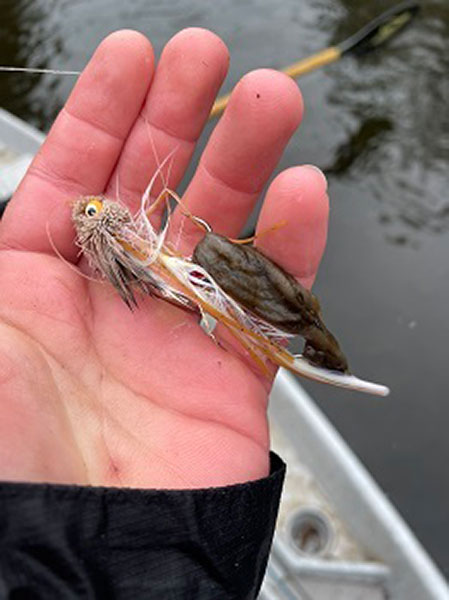 The Michigan departments of Environment, Great Lakes, and Energy (EGLE) and Natural Resources confirmed a report of didymo, a nuisance freshwater alga, in a stretch of the Upper Manistee River in Kalkaska County. Also known as rock snot despite its coarse, woolly texture, didymo can grow into thick mats that cover the river bottom.

The Manistee River finding marks the first detection of didymo blooms in the Lower Peninsula. In 2015, extensive mats of didymo were found on the Michigan side of the St. Marys River near Sault Ste. Marie in the Upper Peninsula.

“Didymo can attach to fishing equipment, wading gear and other hard surfaces and be moved to new waterways,” said Bill Keiper, an aquatic biologist with EGLE’s Water Resources Division. “With each new detection, it becomes more important for people who fish, wade or boat to clean boats and equipment, including waders, after each use.”

Anglers who have encountered didymo-infested streams in the western or eastern U.S. know that rock snot is more than just a nuisance.

“Didymo has potential to be a nasty nuisance species in Michigan’s cold-water fisheries,” said Samuel Day, a water quality biologist with the Little Traverse Bay Bands of Odawa Indians. “Unlike the harmful algal blooms that plague areas of the Great Lakes due to warm temperatures and excess nutrients, didymo blooms form in cold, low-nutrient streams that most folks would generally consider pristine and great habitat for trout. Didymo can become a problem when it blooms, covering streambeds and reducing habitat for macroinvertebrates, which are important food for fish.”

Day, who studied didymo in southeastern U.S. streams as a graduate student at Tennessee Technological University, discovered the algal blooms between the Three Mile Bend and Sharon Road Bridge landings on the Upper Manistee River while fishing with a friend Nov. 14. After Day examined collected samples, his findings were forwarded to the EGLE Water Resources Division, then verified by Julianne Heinlein, an aquatic ecologist and algal taxonomist with the Great Lakes Environmental Center, Inc.

Since 2015, the Michigan Invasive Species Grant Program has supported researchers at Lake Superior State University’s Center for Freshwater Research and Education in an extensive study of occurrences of didymo in the St. Marys River and Upper Peninsula waters, the risk of spread and why nuisance blooms are increasing - a phenomenon being observed worldwide. 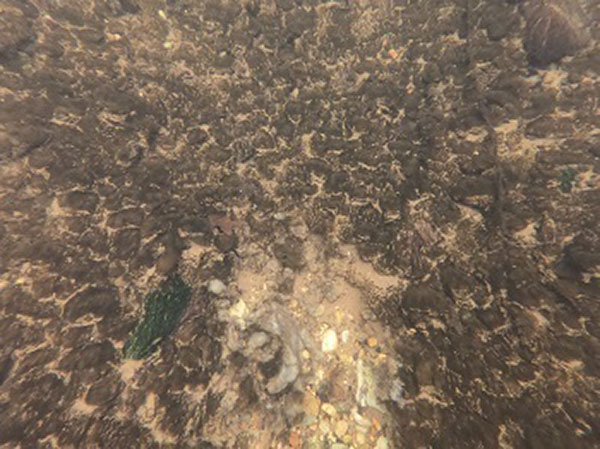 Didymo, a microscopic diatom (single-celled alga), may be present but undetected in some waterways until changes in water quality cause it to “bloom” or develop long stalks, making it visible on hard surfaces in the streambed. Further understanding of changes that trigger blooms may also help combat the species’ negative environmental impacts.

Currently, there are no effective methods to eradicate didymo once it is established in a river or stream. To prevent spreading didymo and other aquatic invasive species to new locations, it is critical for recreational users to thoroughly clean, drain and dry waders, equipment and boats upon leaving a waterway.

“Over the next few months, we’ll work with partners to assure aquatic invasive species signs are posted at access sites and to spread the Clean, Drain, Dry message to the fishing community,” said Keiper. “We want to encourage local fly shops, fishing guides and conservation groups to help out by stressing the importance of decontaminating gear and equipment to protect these waters from didymo and other aquatic invasive species.”

If you observe didymo in the water, either as small, cotton ball-sized patches or thick blankets with rope-like strings that flow in currents, take photos, note the location and report it by using the Midwest Invasive Species Information Network, available online at MISIN.MSU.edu or as a downloadable smartphone app. The MISIN smartphone app will take a GPS location point if a report is made at the site; it also will allow you to upload photos with a report.

Find more information on didymo and how to identify it at Michigan.gov/Invasives.