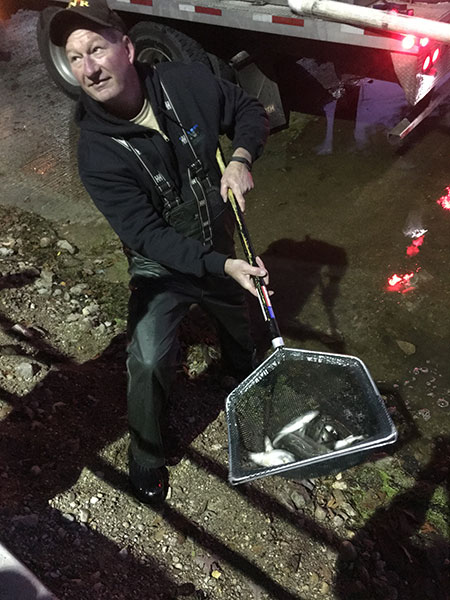 St. Joseph River walleye fishing got another shot in the arm last week with a strong stocking of hatchery fish.

Walleyes are planted in the Indiana section of the St. Joe every other year. Michigan plants them on upstream and downstream sections in alternate years.

Last week’s stocking consisted of 9,260 by the Indiana DNR at Maggies Landing in Mishawaka and another 2,000 compliments of the Michiana Walleye Association at Midway Bait and Tackle boat ramp in Osceola. The DNR stocking was about 1,000 more fish than it stocked in 2015. The club stocking remained the same as 2015.

All of the fish were purchased from the Gollon Fish Hatchery in Wisconsin which has provided the river walleye stockings for the past few years.

The recently stocked fish averaged 7 inches long with some larger.

If you love to fish and can handle the cold weather, it's a good time to be on the water.

A combination of steelhead and coho are providing an excellent fall run with more steelhead coming in daily.

Last week alone, there were 154 coho and 564 steelhead counted swimming past the South Bend ladder. That brings the October total to 1,448 steelhead and 1,465 coho. Throw in September numbers, and we've seen an influx of 2,329 steelhead and 6,023 coho between Twin Branch and South Bend dams over the past two months.

And since June, nearly 4,400 steelhead have moved upriver and will remain there until next spring.

Mike McNulty of Midway Bait and Tackle in Osceola says fishing for the trout and salmon has been pretty darn good.

"I had a guy tell me last weekend that the Twin Branch area was packed with anglers and nearly every one of them had caught a fish or two," said McNulty.

Spawn bags and inline spinners have been the hot baits.

Final decisions will be made following a public comment period. You can submit comments to the NRC online at www.in.gov/nrc/2377.htm or by writing the NRC at Indiana Government Center North, 100 N. Senate Ave, Room N103, Indianapolis, Ind. 46204.

Listed below are some of the proposals that impact northern Indiana:

Fall Wild turkey season: Adds Elkhart, Kosciusko, and Noble counties to the fall wild turkey firearms season. Also, the hunting of turkeys on DNR properties would be allowed between 4:30 a.m. and 1p.m. during the spring wild turkey season.

Hunting from a boat: Allows the hunting of fox and gray squirrels from a motorized boat providing the boat is not under power when shooting the animal. Landowner consent is still required. 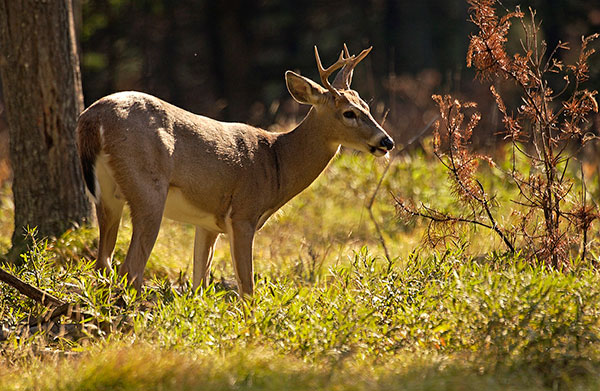