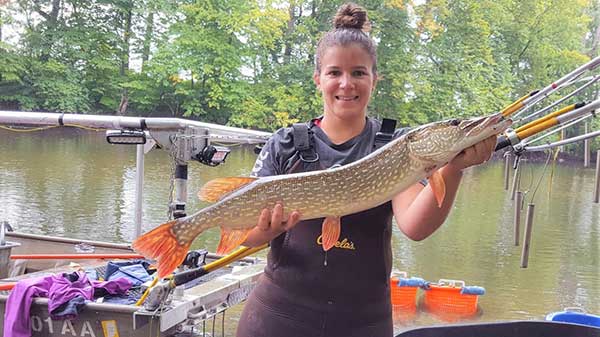 About 50 years ago, my good friend Al Tucker and I waded the Tippecanoe River for rock bass and smallmouth on hot summer afternoons.

We’d slide into cutoff jeans and old sneakers, walk into the water to our waist and cast tiny Rooster Tails and Mepps Spinners into the pools and eddies. We caught a lot of fish every trip.

I haven’t been back since my teenage days, so my assumption has been that urban incursion and pollution has diminished that fabulous fishery over those years.

Last fall, he led a team of fish managers through a major study of the “Tippy” from Oswego, Ind. in Kosciusko County down to Winamac, Ind. in Pulaski County.

As waters slowly recede from Michiana’s 500-year flood, the question remains among anglers: How were river fisheries affected?

We posed that question to area fish managers and none expressed any major concerns - yet.

Biologists say the fact that area rivers and streams pushed out of their banks in February is less threatening than if it occurred a few months later.

“The fact that the water is still cold and that most of the fish have been in their deeper holes is a good thing,” said DNR St. Joseph River biologist Larry Koza. “If it happened a couple of months later, I might be concerned about how it impacted the spawn or the young fish produced during the spawn.”

Northern pike could actually benefit from the higher water because pike like to spawn in flooded backwaters. Those fish should be spawning in the next week or so.

Indiana fisheries biologist Tom Bacula said we could see a high number of young pike (especially on the Kankakee River) produced this year - assuming the young fish hatched in flooded areas can make it back to the main river. Of course, it will be a few years before they reach a legal size.

“Pike lay adhesive eggs that stick to vegetation, buck brush and willows, so they would have plenty of spawning habitat in the flooded areas,” Bacula said.

In addition, several wildlife-related proposals are heading into the homestretch but are open to public comment one more time.

Details on both the new fish regulations and proposed wildlife regulations that may affect Michiana sportsmen are listed below. All new fish regs, posted in the 2018-19 Fishing Guide, and will be enforced this season. 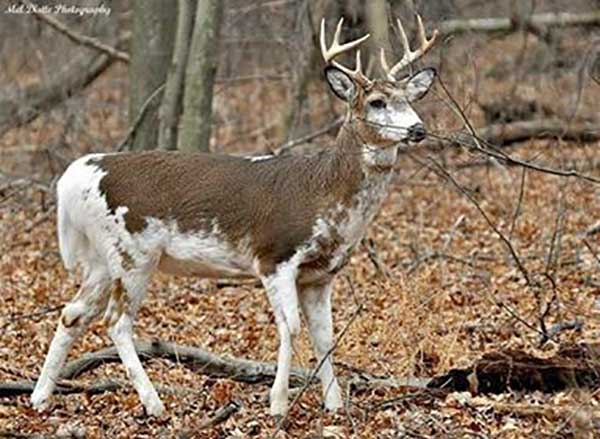 One day last August, Rhonda Cravens six-year-old son came running out of the woods behind her house where he had been playing on his four-wheeler.

Rhonda chuckled. She knows how six year olds’ imaginations get carried away.

The boy seemed emphatic about something he saw, so she decided to investigate. To her surprise, there stood odd colored deer beyond the tree line and it came after her as well.