Stone is the lesser known of the two while Webster is best known for its trophy muskie fishery. Biologists were there to look at the bass and crappie populations while adding a casual looksee at the bluegill populations.

During the mini surveys conducted last month, biologists shocked the shallows for bass for an hour and ran trap nets in deeper water for the crappie. Although they aren’t thorough surveys, these “status and trends” surveys provide fish managers with a periodic look at bass and crappie populations. The results are compared to previous surveys on those lakes and with other natural lakes in the area. 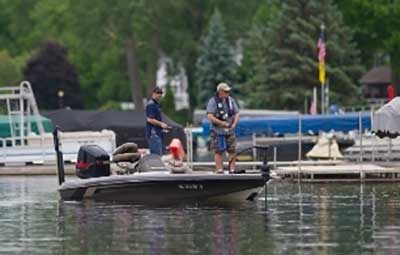 The Michigan DNR once poo-pooed the notion that bass tournaments and bass fishing in general were a big deal in the state.

After all, Michigan is about trout, salmon, walleye and panfish, right?

But since a new program was launched two years ago requiring bass tournament groups register their events, state officials are finding out it’s a lot more popular than once believed.

Tournament groups are required by law to register every event and report their catches. Those that don’t could be charged with a misdemeanor and face a fine.

The Michigan DNR has been blown away by the response and the information it has gathered. Tournament anglers have embraced it. 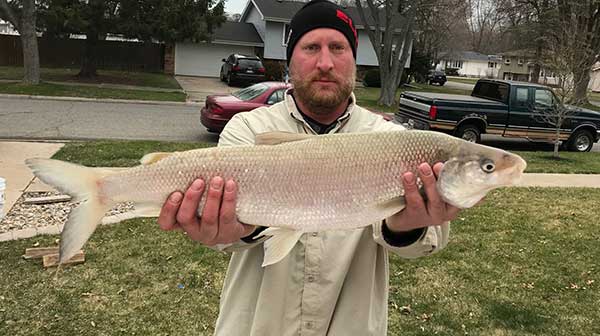 Another state record whitefish caught from Lake Michigan is a pretty good indication those delectable native fish may be coming back on the south end of the lake.

The Indiana record has been broken five times in six years, with the most recent occurring April 13 by a Crown Point angler fishing near Burns Harbor.

Dustin Meeter broke the record last month by nearly a half pound with a 6-pound, 3-ounce fish that erased the record set last year. He was jigging for lake trout at the time.

Trophy Turkeys Are No Challenge to this Grandma 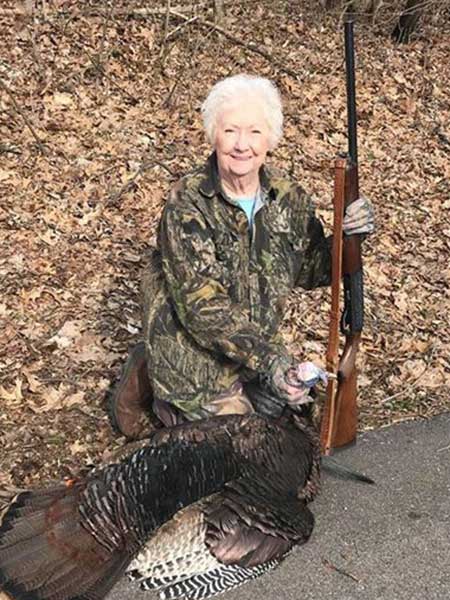 On one hand, Betty Vanlue isn’t your stereotypical grandmother.

Indeed, she has three daughters, seven grandchildren and three great grandchildren she loves dearly. Her grandkids call her “Neenie” and like hanging out and grandma’s house.

But come hunting season, they’ll find her in the woods.

That’s quite evident when you walk around her home and see the walls decorated with deer heads and turkey beards all harvested by her.

Vanlue added another trophy to her wall last month when she shot a 22-pound tom turkey with a 9 ½-inch beard off her farm opening day.

“I called him in (with a box call), took one shot and dropped him in his tracks,” said the proud grandmother.