The weather and the fishing were perfect for the fourth stop of the Polar Bear Opens by FishStyx custom rods, held on the St. Joseph River at Six Span Bridge.

Temperatures reached near 50 degrees and the winds were usually 5 mph or less out of the northeast. That blows with the direction of the current which makes for great fishing. Water temps were around 45 degrees in most areas.

Most of the 23 teams participating reported stopping on fish first thing in the morning and catching them on almost anything they threw. Fish were being caught on A-rigs, blade baits, Ned rigs and swim baits in the morning and then slower presentations prevailed later in the day. 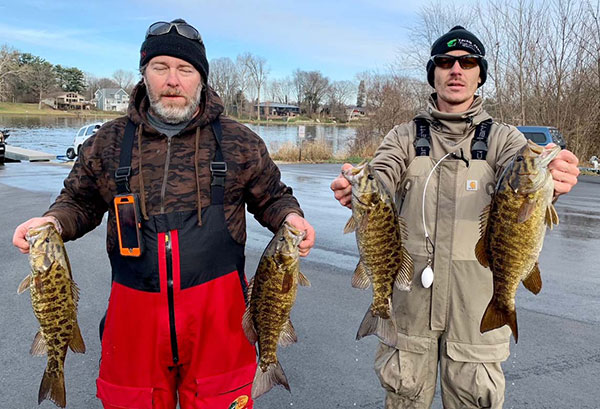 First place went to Don Miles and Richard Chupp Jr. with a 4-overs-and-1-under limit of all smallies caught primarily on Ned rigs. Their weight totaled 11.80 pounds and netted them $405. 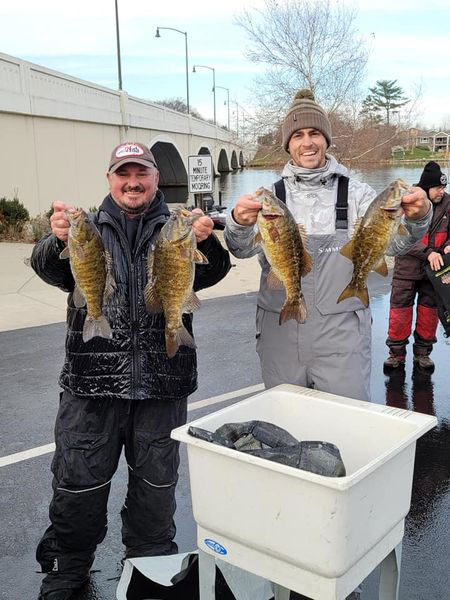 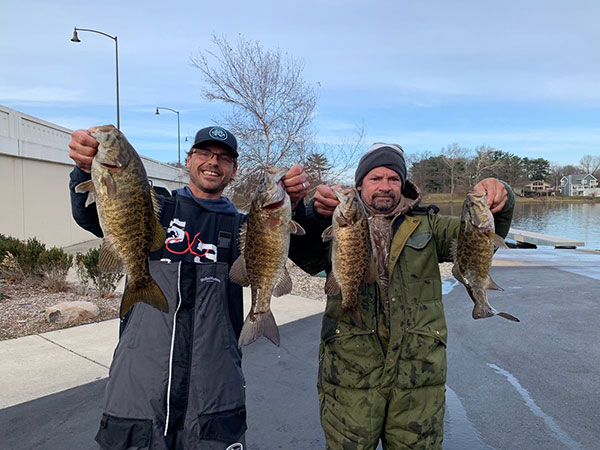 Jeremey Bunnell and Lee Duracz were second ($315) with 11.22 pounds and another true river limit of smallmouth, anchored by the big bass of the tournament, a 3.48-pound smallie caught on a Ned Rig during the slow period. Third place went to Chris Brunt and Pat Ott with a 10.90-pound river limit of smallies, earning them $120.

Floyd Wolkins and Bassin Bill Mathews were fourth with four overs weighing 10.74 pounds. They were unable to get their under 12” fish but still earned $80. 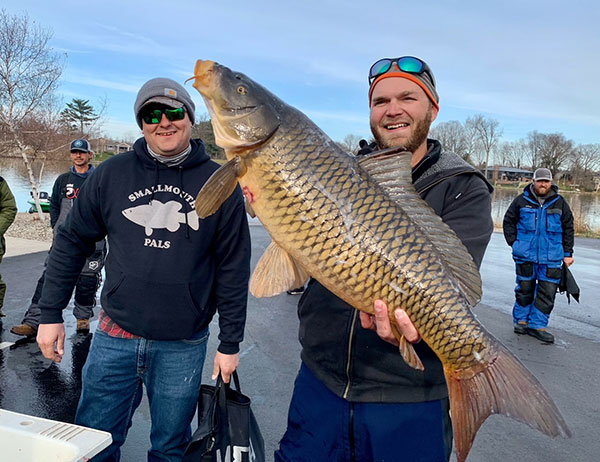 The critter of the Tournament ($115) was a giant 15.98-pound carp caught by Jay Witvoet and his partner Allen. An honorable mention critter - a 10.90-pound channel cat - was caught by the Friddles, a father-and-son regular at the Polar Bear events. The FishStyx custom rod was won by two local legends Kevin Fletcher, and Greg Mangus.

The tournament that inspired the Polar Bear season, the annual Thanksgiving Weekend tourney, is being held this Saturday on Klinger Lake and hosted by Bob Evans. This event has been going on for decades and is always a great time. It will run from 8-3.

The final stop of the Polar Bears will be on Sunday from 8-3 at Dukes Bridge. The Trifecta pot that is currently at $215 will be paid out to either the natural winner or the highest finisher that weighs in a critter. We look forward to seeing you all there.