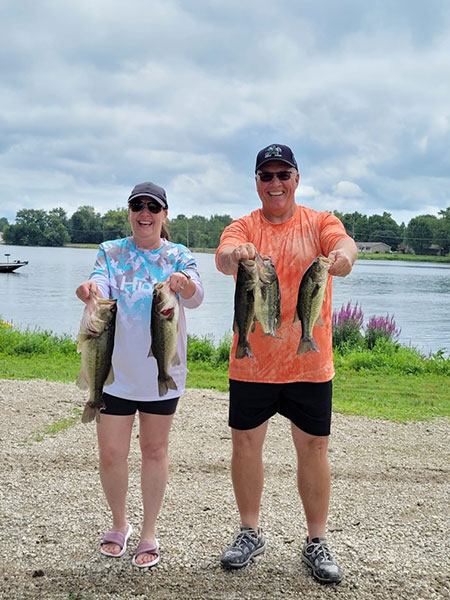 Randy and Marti Walls caught a limit weighing 9.61 pounds to win the Best Catch Couples event on the St. Joseph River at Constantine. 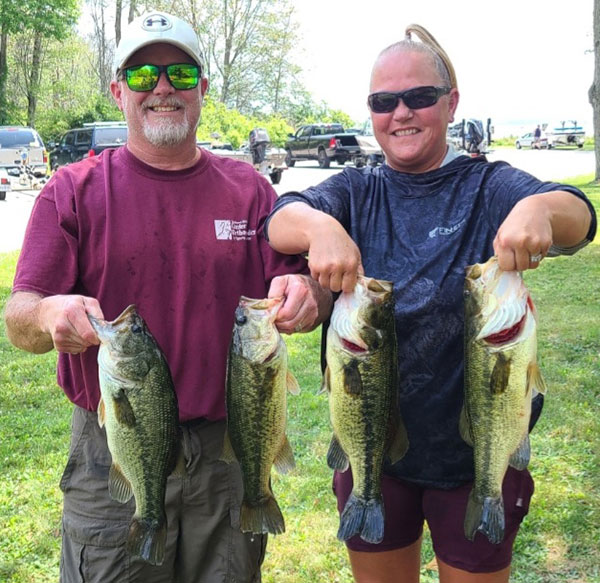 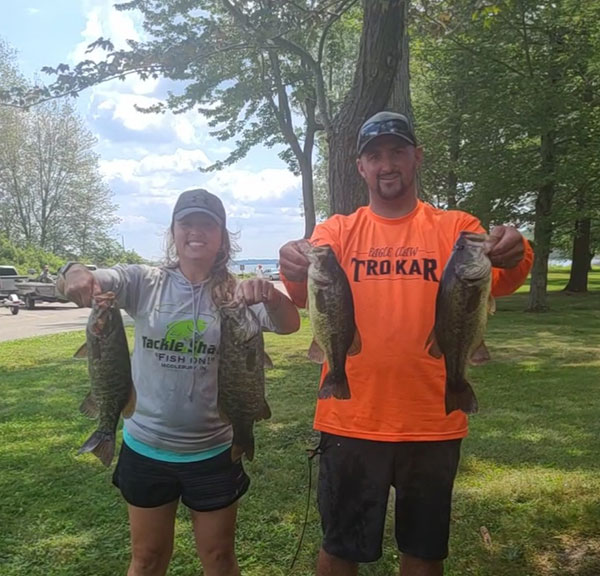 Nate and Alyssa Yoder (Bristol, Ind.) were second ($90) with 12.19 pounds caught from the river using swimbaits. 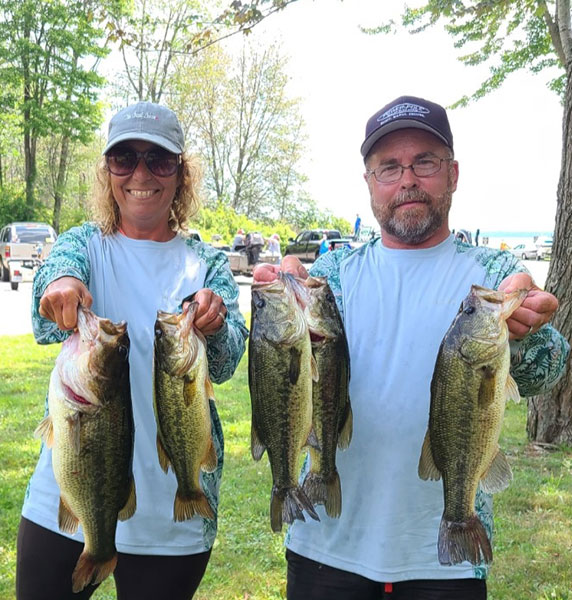 Steve and Amy Martin (Constantine, Mich.) were third with an 11.50-pound limit to earn a $20 Gift Certificate from Clear H2O Tackle. They also had the biggest bass of the tournament ($40), a 4.09 largemouth. They used drop-shot rigs and tubes in 15 feet of water.

The winners used tubes to catch 11.87 pounds. They also had the big bass of the tournament, a 3.40 pounder.

Only five teams fished the event.

It was a tough night on Lake Templene for the Arjay’s Weeknight Circuit last Wednesday when only two limits were weighed in among 24 teams. 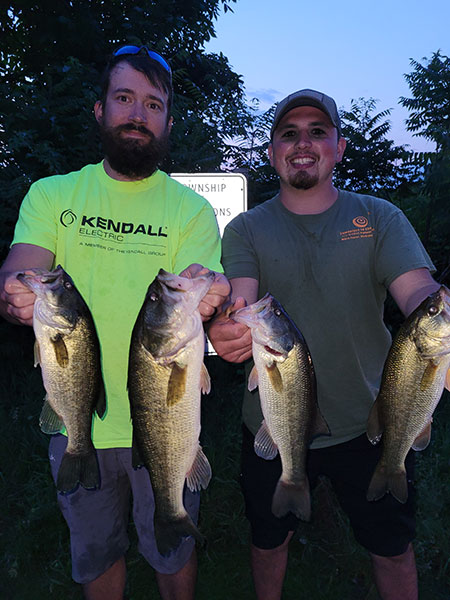 Joey Steiner and Chad Kelley only caught four but they had one of the right ones to take the win. Their 8.14-pound catch included a 3.66 largemouth which also earned them the Tackleshack Big Bass Award. They caught their fish on creature baits in 10 feet of water.

* Boaters are eligible to win up to an extra $7,000 per event in each Phoenix Bass Fishing League presented by T-H Marine tournament if all requirements are met. More information on the Phoenix MLF BIG5 Bonus contingency program can be found at PhoenixBassBoats.com.