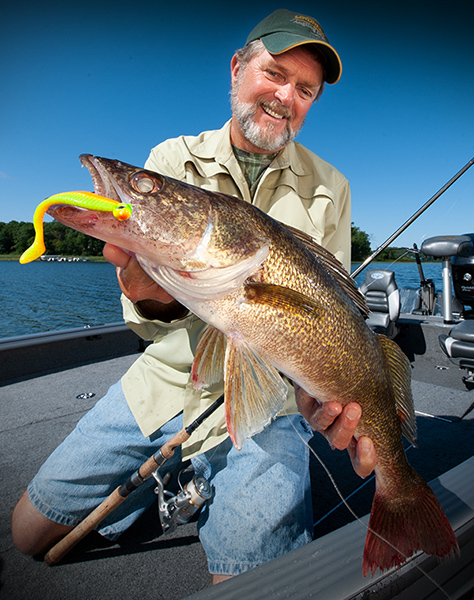 Walleyes in the wrong place and not biting what they should be this summer?

You’re not alone! But fear not, Al Linder is here to share three can’t-miss tactics to put ‘eyes into your boat – and without live bait.

“Talking to the guides and a lot of the people we know all over the Midwest, everybody has said this has been the strangest year any of us have ever seen for catching walleyes,” acknowledges Lindner, legendary co-founder of In-Fisherman and host of the influential Angling Edge and Fishing Edge TV shows. “On average, it’s been a tough bite, but we still have lots of fish to catch.”

The following three bites, Linder says, are on now pretty reliably in Minnesota’s famed Walleye factories like Otter Tail, Leech, Mille Lacs, Red, Cass and Vermilion, as well as in lakes like them throughout the Upper Midwest: Weed bite, Structure Bite and Suspended Bite.

“Those three things are all happening at the same time,” Linder says. “Not every walleye in the lake is always doing the same thing at the same depth. There’s a lot of fish that do a lot of different things. And that holds true all the time.” 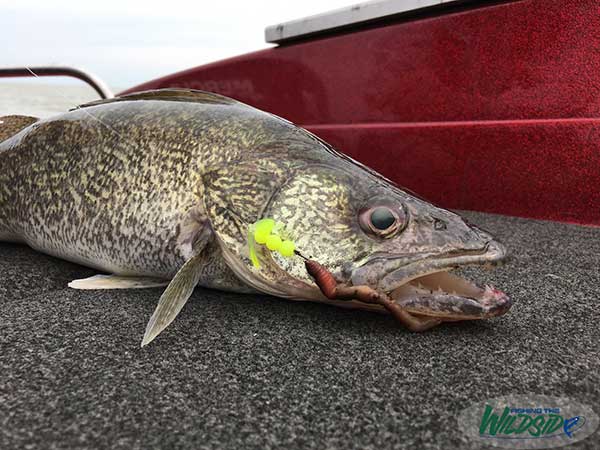 Early summer walleye fishing is a time of change, adjustment and opportunity. As water temperatures rise into the 60s and 70s, many walleyes in northern natural lakes and reservoirs abandon shallow shoreline areas in favor of offshore structure.

No longer content to congregate in small areas, the fish scatter and roam. Instead of finding the mother lode of ’eyes ganged in a single sweet spot, you often end up tracking down individual fish spread out over sprawling structure.

On the positive side, the fish are aggressive and hungry. Walleyes are far more apt to chase and hit faster-moving presentations now than they were earlier in the season, so you can cover water quickly in search of the next strike.

To find and catch summer walleyes fast, I follow a simple five-step strategy.

Walleye Jigs For The Job 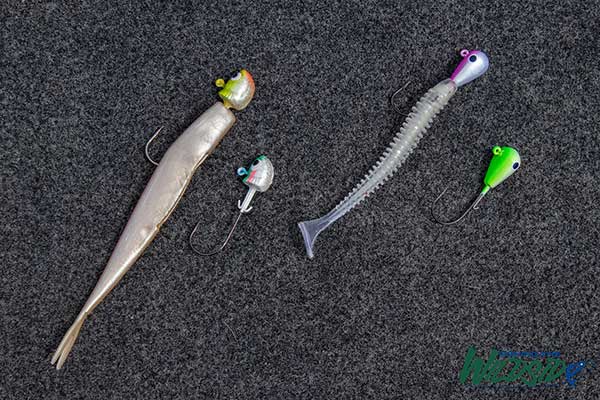 Jigs catch walleyes. But not all jigs are the same, which means choosing the right jig for the job can mean the difference between loading the livewell and getting skunked.

Dividing leadhead designs into the following three categories can help you get it right every time.

Jigs For Plastics - typically feature a line-tie placement on the top of the head, a stout hook, and a wire keeper to prevent plastics from sliding down the hook shank. Examples include Northland Fishing Tackle’s Slurp! Jig Head and Current Cutter Jig, which work with shad, curl-tail and minnow-style plastics, as well as live bait.

Report Saginaw Walleyes to DNR; Win a Chance for $100 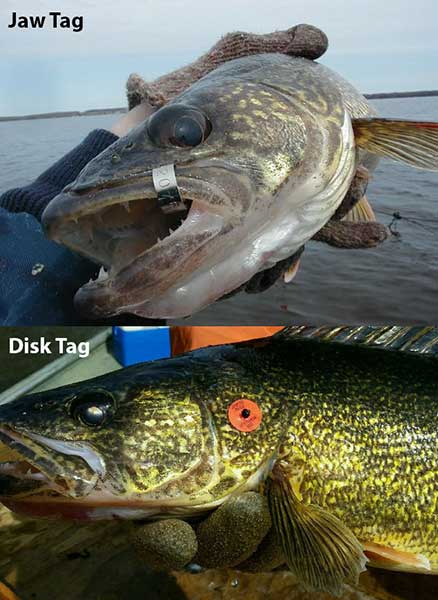 The Michigan DNR jaw-tagged 3,000 walleyes in a number of Saginaw Bay tributary rivers recently and is now asking anglers to collect and report information on tagged fish they catch.

The DNR has jaw-tagged more than 100,000 walleyes in the Saginaw Bay area since 1981 as part of a long-term research project to monitor survival and harvest rates and to learn about walleye movement. Each tag is stamped with a unique identification number and a post office box address. Anglers who catch a tagged walleye can report their catch by mail using the address on the tag, by calling the DNR Bay City Customer Service Center at 989-684-9141, or online by visiting www.Michigan.gov/taggedfish.