This has been a winter to remember — or forget, depending upon your perspective.

It’s been one of the iffiest ice seasons we’ve had in a long time. Yet, the anglers who kept their boats out of storage have enjoyed an extended fishing season on the St. Joseph River.

And as we await spring, there’s hope it comes early and without the flood waters that occasionally temper those early season desires.

Nobody wants stable weather more than the river anglers who chase steelhead.

Lake Michigan Biologist Ben Dickinson says 210 fish moved upstream through the South Bend Ladder in January and another 439 in February through Thursday. And remember, those steelhead that moved in last fall — and didn’t get caught — are still there.

“We haven’t read the tapes recently because of the weather, but I would imagine several more fish have moved up since Feb. 10,” he said. “The gradual warmup in the forecast for early March should really jumpstart the spring steelhead run.”

The spring run also is weather dependent. The trout move up river to spawn and get active once the water temps steady at 39 degrees or above. The river was holding around 38 degrees late last week. 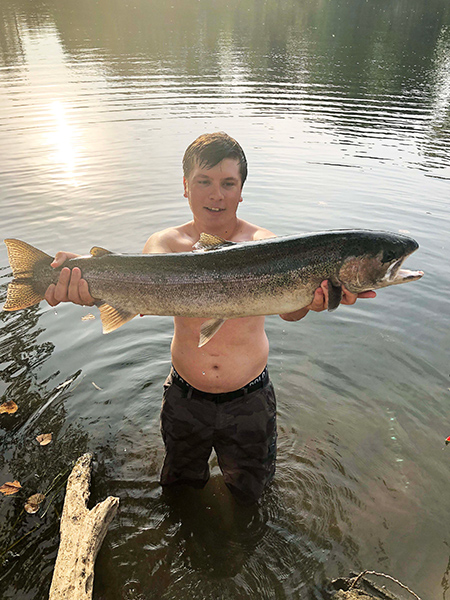 Northern Indiana waters produced several of the Indiana DNR 2019 Fish of the Year winners, but Chris Peabody’s catch might have been the most bizarre.

The 21-year-old Granger angler landed a 38-inch steelhead from the St. Joseph River downstream from the Central Park Dam on Sept. 20. It was the biggest steelhead reported in the DNR contest.

However, the fish didn’t come easily. Peabody had to dive into 40-some-degree water to retrieve the fish that tangled in logs after he hooked it.

On that day in September, Peabody was casting from shore with a 1/16-ounce black Jarhead Jig rigged behind an orange bead. It was fished under a float, allowing the tiny jig to dance with the current and stay off bottom.

Ante Up If You’re Boating in Michigan

Boaters who plan to use Michigan DNR public accesses are reminded they will need to purchase the 2020 Recreation Passport Sticker.

Beginning this year, it’s required on nearly all lakes with state-owned access sites.

The Passport has always been required to enter the major, fee-based state-owned public accesses, such as in state parks and at Diamond Lake in Cass County. However, the DNR made it mandatory at all lakes, including the small, public lakes in southwest Michigan.

Last year was considered an “informational year,” meaning the DNR was getting the signs up and the information out. This year, it will be enforced. 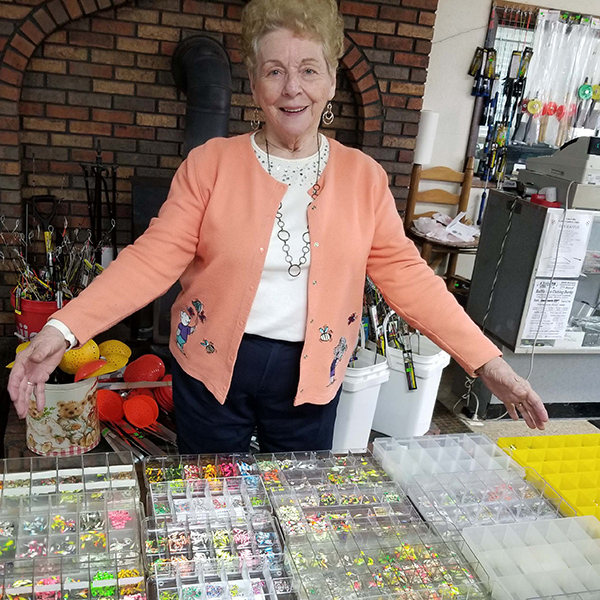 Thomas Edison once said that the three great essentials for a person to achieve anything worthwhile are hard work, stick-to-itiveness and common sense.

She has owned the business for 55 years, making it one of the longest running, one-owner retail bait shop in the country.

In this age when family-owned bait shops are being squeezed out by big box stores and online shopping, that is something. 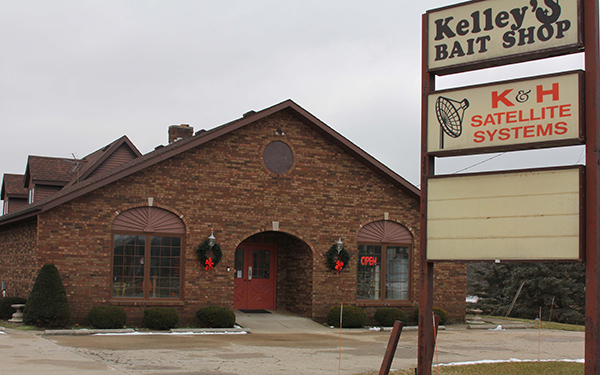 Perhaps you’ve seen her shop when traveling old U.S. 31 South prior to construction of the bypass. The business sits on the north shore of Pleasant Lake along what is now Ind. 931.

Kelley’s Bait and Tackle opened in 1965 when Bonnie and her late husband bought what once was Lakeville Bait Shop for around $11,000.

She’s kept the business going despite enduring many hardships along the way.